USING A MOBILE WHEN DRIVING IS X-RATED 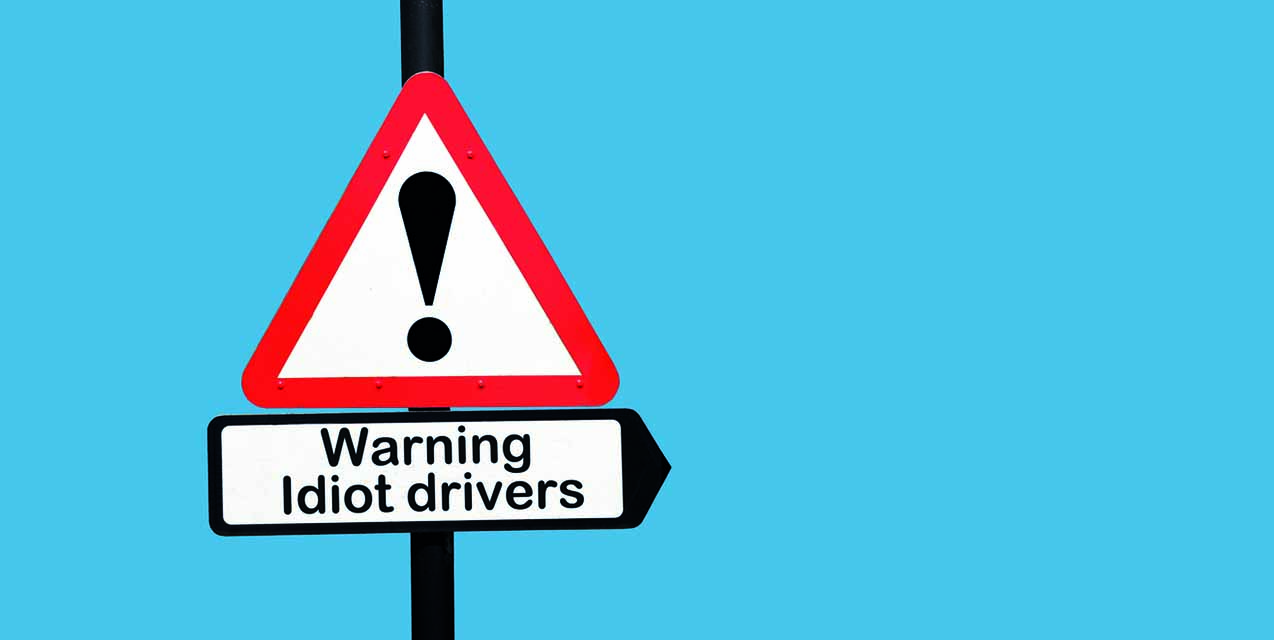 Idiots did exist before mobile phones were invented but the devices have certainly been a wonderful catalyst for extremes of dangerous behaviour, and nowhere is that danger more pronounced than when they are being used behind the wheel of a vehicle.

A quick survey of news reports and commentary about the use of phones by drivers comes up with the following gems:

And there are hundreds of other examples of drivers reading Facebook feeds, replying to emails and texting while on busy streets. Yes, pedestrians are often no better, walking blindly through traffic with their head in their phones, but they are not in control of metal-encased machines weighing more than 1,000 kilograms with the ability to destroy life and limb.

The growing terror of drivers on their phones has been increasingly recognised by governments and safety regulators. Police are increasingly using cameras to detect mobile phone use when driving and the initial results have been alarming in their frequency. A month-long trial of cameras in Sydney last year detected more than 11,000 drivers using their mobile phones.

Regulations are not uniform across all Australian States and Territories and New Zealand but using a hand-held mobile while driving is a definite no-no.  The rules are particularly clear for Learner, PI and P2 drivers. You can’t use a mobile phone at all.  For those with a full licence, you may be able to make phone calls or use navigation if the phone is in a cradle, but make sure you know the rules. The best driver is one who is not distracted, and staring at a phone while driving is a disaster waiting to happen.

An Australia-based survey found that a contributing factor in 22% of car crashes and near crashes and 71% of truck crashes involved a distraction from non-driving related activities.

One way to minimise distraction is to use a good GPS so you can stay focused on the road.  Using a Navman GPS means that drivers can concentrate on what pedestrians and other drivers are up to, rather than always looking for the right turn, lane change or speed limit.

This is especially important for young drivers. Within the Navman range, there are three products that are perfect for new drivers.  The MOVE75, MOVE85LM and EZY450LMT all have simple menus and are loaded with great features like the digital logbook that makes it easy to log driving hours, and much better guidance than you would get from a phone.