How to have a top time in the Top End 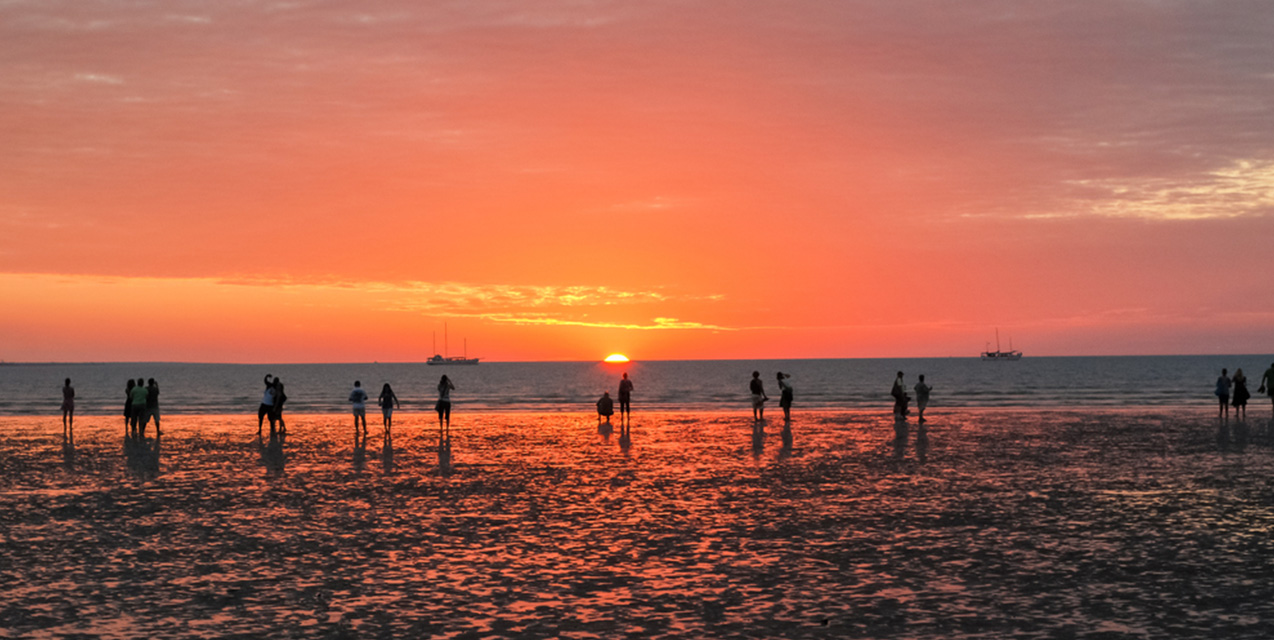 How to have a top time in the Top End
If you’ve flown rather than driven to Darwin, hire a car and pack your Navman. While the population is just around 130,000 the city is quite spread out and you’ll appreciate the cool comfort of the air-con whatever time of year you’re visiting. 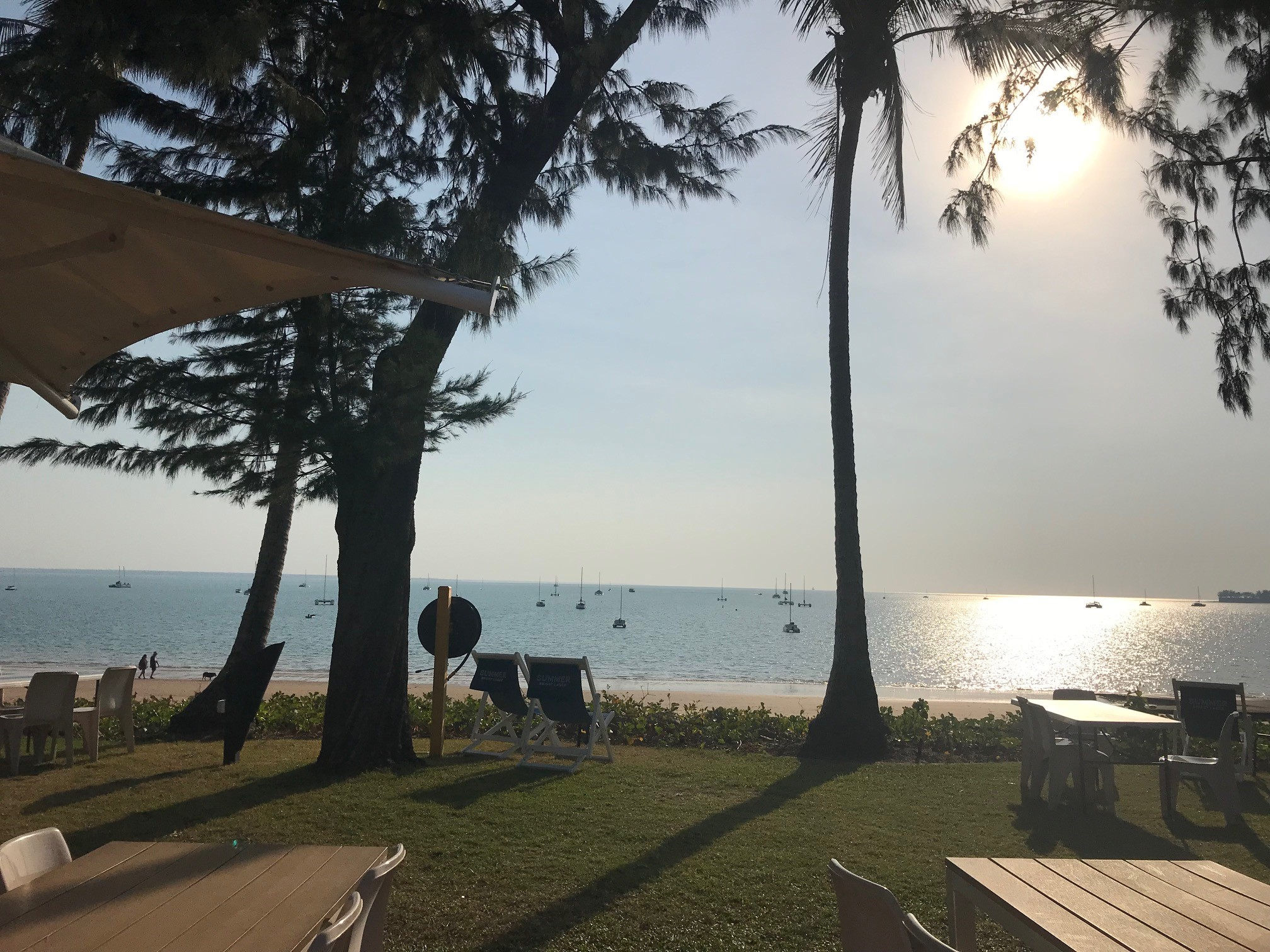 Darwin
Once upon a time, Darwin was a haven for maintenance avoiding men; dodgy people who needed to disappear, 20th century vagabonds and a reputation for a drinking culturelike no other.

When Cyclone Tracy blew into town on 24 December 1974 and devastated the town and outlying areas, what rose from the flattened town and broken hearts was the origins of a new, modern city that would be a beacon to government, entrepreneurs, tourism activity, young go-getters, especially the migrant and refugee settlers – which has resulted in a busy, buzzy tropical town.

To market...
Gone are the days of the slab of steak, three eggs and chips as regular fare, international cuisine is well and truly on the menu in some great restaurants but the place to get your spicy fix is the markets.

While traveling you may be hanging out for a flat white, a laksa or a tropical smoothie, Parap Market is where the locals throng to every Saturday morning. Exotic fruit and vegies that you’ve only seen in Asia are on sale and while you tuck into a curry or roti, shut your eyes and taste the spice and you could be there.

The main place to hit just before sunset is Mindil Beach Sunset Markets. This is Darwin’s most popular tourist spot so arrive early and bags your spot on the beach. They operate from April to the end of October (the dry season). Munch a kangaroo sausage, a meal from the Roadkill Café, listen into the poetry readings, watch a dance troupe or pick up a few Aboriginal arts and Asian crafts. Don’t panic if you miss the magnificent sunset, there’ll be another one tomorrow.

My best place to go
A fave sunset watching spot is the Darwin Trailer Boat Club. Definitely less than posh, the city’s oldest club (1954) started out as a modified caravan on the beach and now serves cold beer and fantastic food from the bistro.

Or sashay onto a yacht or a restored pearling lugger for a sunset cruise on the harbour, accompanied by a glass of sparkling wine to set the mood.

We reckon you you can still find a decent steak and chips and an authentic burger here but here’s the lowdown on where to find the best eats in town:

Pee Wee’s at the Point; Little Miss Korea (for Barramundi Bibimbap), Alfonsinos, Char Restaurant, Hanuman and Il Lido. But as in any town, sometimes you just have to follow your nose and take a leap of faith.

Best pubs are The Precinct and Lola’s Pergola. There are many other watering holes of various persuasions.

The big hotels have fantastic restaurants and clever clogs chefs. Darwin’s signature dishes include amazing prawns from the Gulf and before you leave you have to seek out Penang Crocodile Curry and the King hit dish – Chili Mud Crab.
Some local pubs will serve you a family meal with surf’n’turf as the special and if you are nostalgic for the 80s there’s always the ‘parmie’ washed down with a cold beer. Bottoms up!

Darwin is home to the weird and wonderful and aside for some seriously lovely attractions you may want to step out of your comfort zone for: 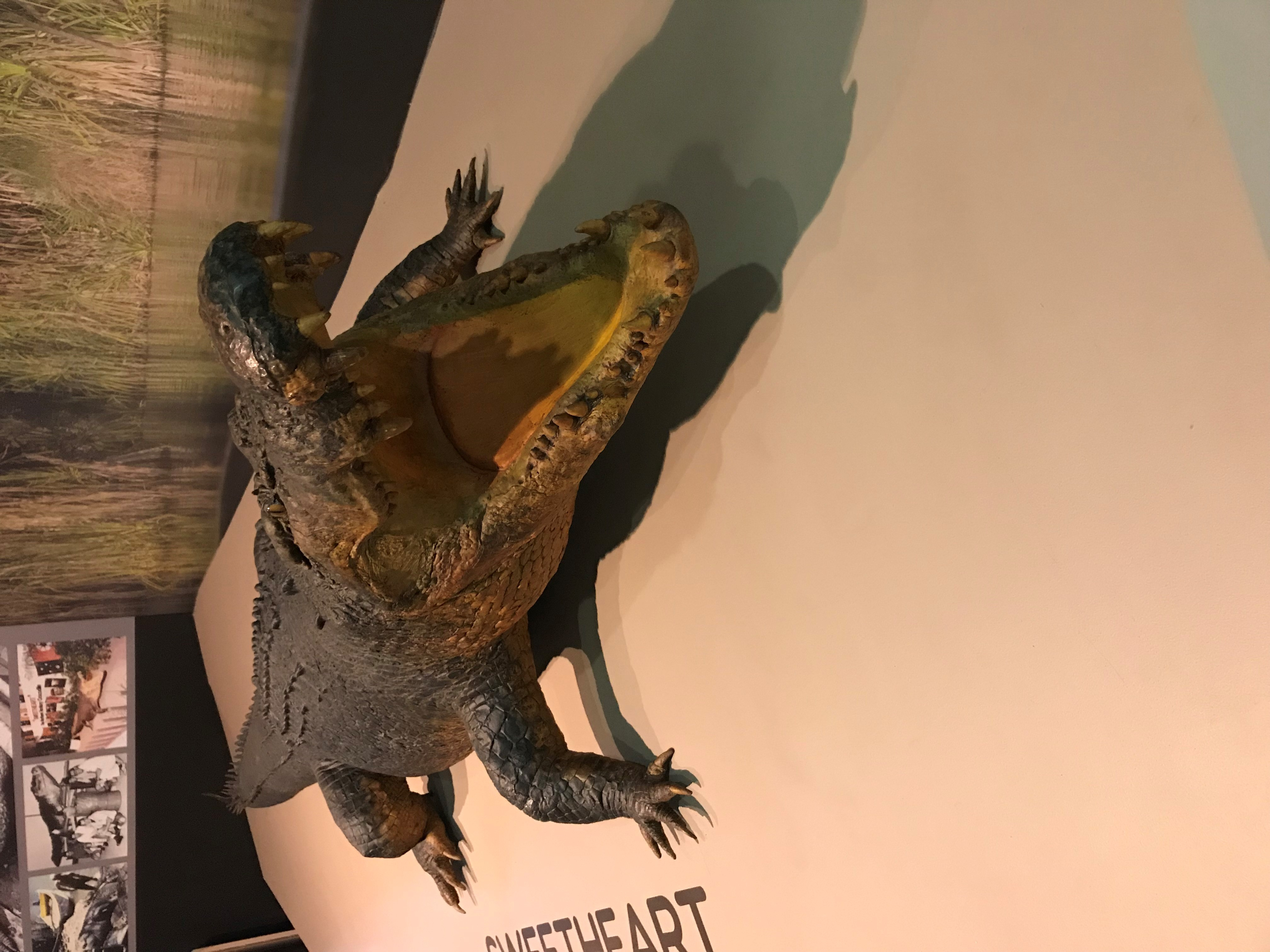 Galleries and Museums
The Museum and Art Gallery of the Northern Territory is a corker – there’s so much discover and uncover here from maritime archaeology, sublime indigenous art, artefacts and culture to WWII and the story of Cyclone Tracy.
Two other superb museums in the Darwin Military Museum Precinct at East Point include: the Darwin Military Museum and the interactive installations at the Defence of Darwin Experience next door. When you reflect on the dusty hot town of Darwin as the first line of defence for an invasion of Australia in WWII and it being bombed mercilessly, it is a chilling thought as to what might have been.